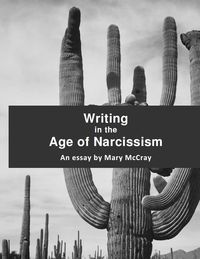 "The influence of narcissism on today's pop culture has warped the way people interact. The author's commentary was smart and relevant. It caused me to think about the way I treat other people. Even as I criticize vapid, self-aware narcissism, I'm sure I still act that way out of a desire for validation. Like they say, 'everybody wants to be special.' If I was a college professor, I'd have my students read this book. It provides a good lesson in humility."  —  Joshua Ebert on Smashwords

Narcissism in Writing and Art

Here are some extra quotes we can toss into the soup: 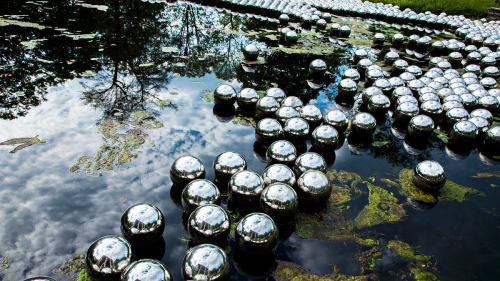 "The profound narcissistic undertone however has been ironically amplified not only by the artist’s pervasive ostentation, but also by the viewership in the age of Internet. Seduced by his/her own reflective images on the convex surfaces, viewers snap photographs with a smart phone and instantly upload them to social media for the rest of the world to see. The urge to capture and disseminate the moment one’s own image coalesces onto a privileged object in a privileged institution seems to motivate the obsession with the self. To further accentuate the effect of gazing at one’s multiple selves, many installations now take place on the water where the original Narcissus from the Greek mythology fell in love with his own reflection and eventually drowned." (Yayoi Kusama, Narcissus Garden by Danielle Shang)